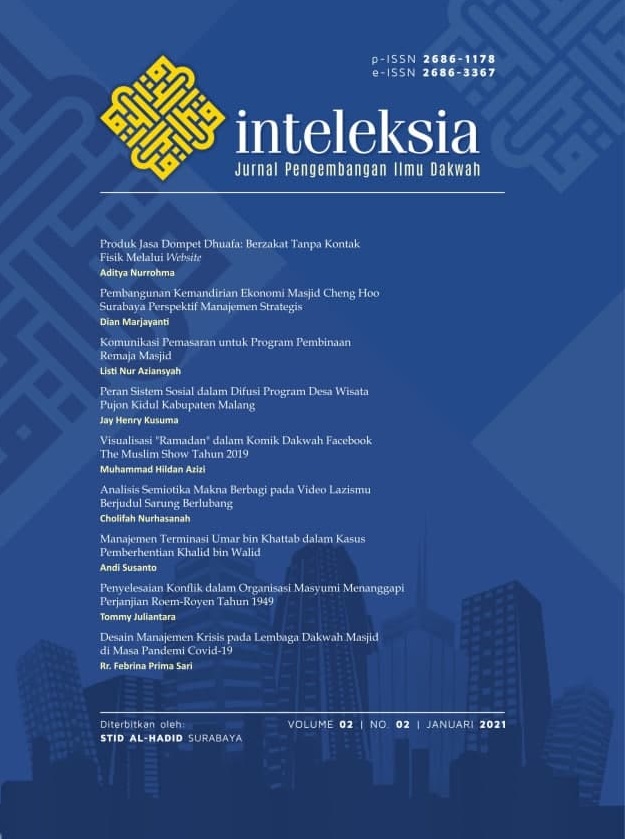 This study aims to expound the depiction of “Ramadan” , referring to the category of signs, according to Pierce, namely icons, indexes, and symbols, in the da’wah comic with the theme of Ramadan published on the Facebook account of the Muslim Show in 2019. The Muslim Show is a comic artist whose works have reached many countries. The da’wah messages in comic semiotic symbols he uses have succeeded in extensively reaching Muslim communities. It uses qualitative approach by analyzing eight comics uploaded from April to May 2019. Visual semiotics is used to be an analytic tool for describing the meanings and signs / symbols used. It indicates that (1) Ramadan is the month that Moslems look forward to with joy. It can also build positive emotion and bury the bad habits. it is necessary to go through this month with a strong faith. There are a lot of physical and psychological challenges throughout daily life and acts of worship; (2) the uses of symbols for items often used by peole today, as well as colors as an indexes, make this comic universally understandable by Facebook viewers/users abroad.