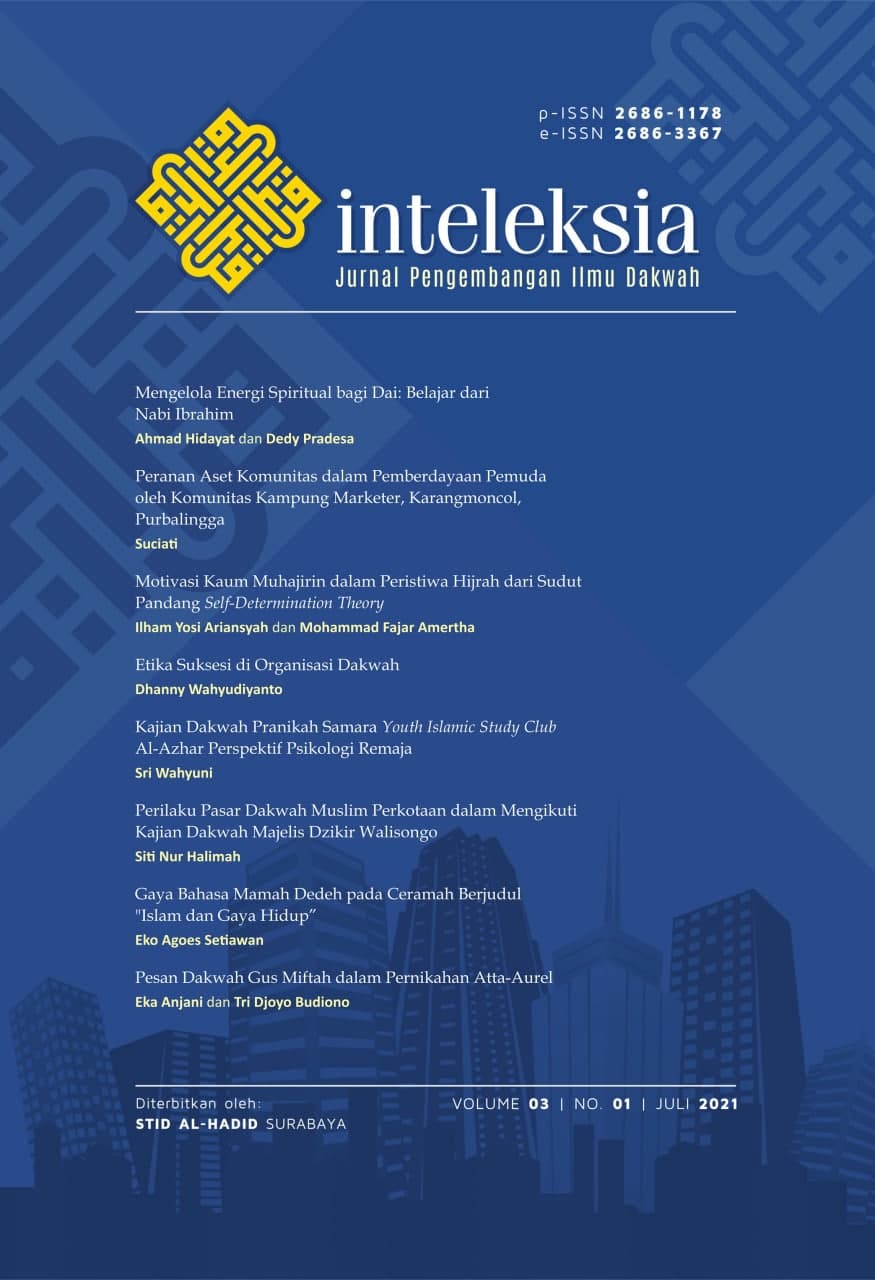 Urban society is a society that cannot be avoided from the influence of globalization which brings negative potentials such as things that can violate moral and ethical boundaries. For the development of Islamic preaching, urban society with all its problems is a more difficult challenge than before. The need for da'wah objects of urban society for da'wah activities is also relatively different from those in the area, one of which is a critical attitude, demands for convenience and asks for da'wah materials only that are in accordance with the problem. Da'wah organizations that want to develop da'wah in the context of urban society need to understand further about the characteristics and needs of the congregation (the object of da'wah) for da'wah activities. One of the efforts that can be done is to segment the dakwah market. The Walisongo Dzikir Council is one of the preaching studies of which the congregation is an urban community in the city of Surabaya and its surroundings. After doing post-hoc segmentation, namely segmentation based on the benefits of products for market objects, the result was that the congregation of the Walisongo Dzikir Council had characteristics that were more concerned with the benefits of spirituality than Islamic scientific insights. Spirituality is obtained by the product attributes of tausiyah, istighosah and prayer together, as well as da'i who are competent in delivering da'wah, including guiding the muhasabah of the congregation. In addition, they also need brotherhood or ukhuwah Islamiyah from a da'wah activity. Keywords: Urban Society, Walisongo Dhikr Council, Post-Hoc Segmentation