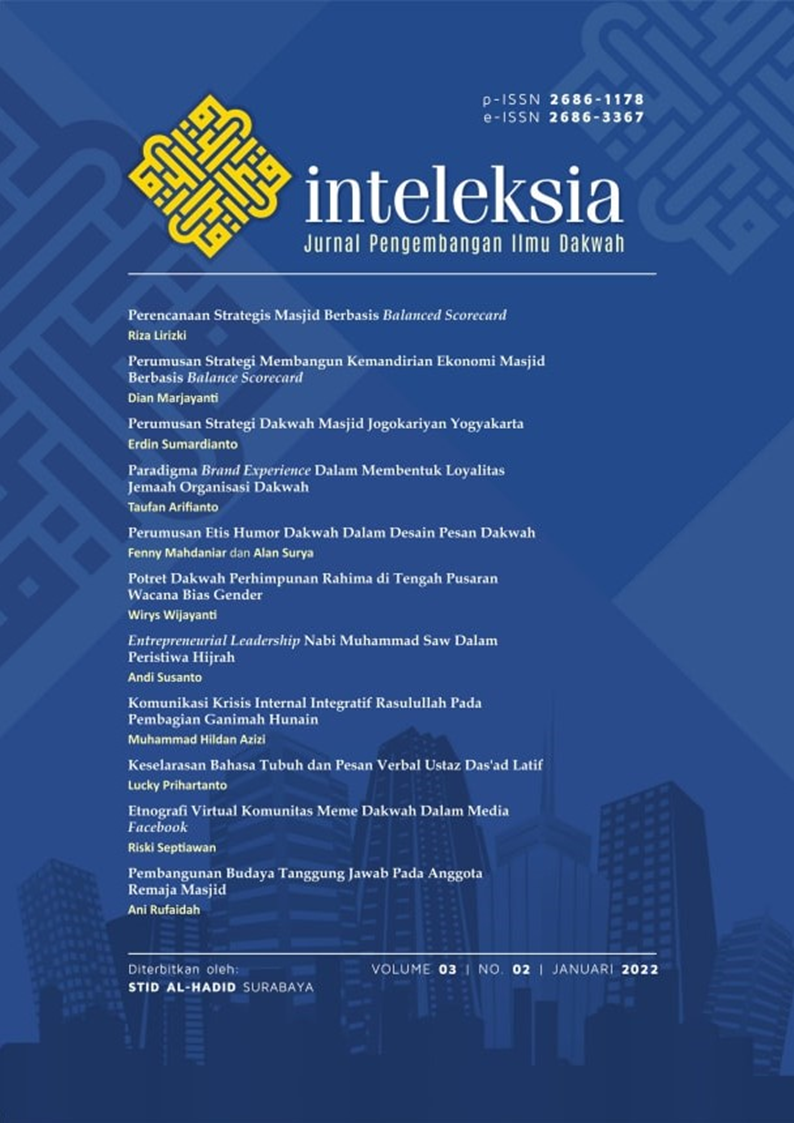 This study aims to describe the communication of an integrated internal crisis carried out by the Prophet Muhammad (PBUH) after rumors emerged, especially among the Ansar about the distribution of the spoils of the Hunain war which was considered unfair/in favor of the Meccan converts. The integrated internal crisis communication strategy is covered in two scopes, namely Ansar's relationship as a member with Islam and the heuristic stages of internal crisis communication that Prophet Muhammad (PBUH) had done to Ansar even since their first meeting. This study uses a descriptive qualitative research approach and uses analytical techniques based on the integrative framework of Frandsen and Johansen's internal crisis communication. Study found that the ICC that the Prophet carried out can’t be separated from the fact that the relationship between the Prophet and the Ansar is an allegiance relationship with an ideological dimension and is like a lineage relationship that continues to develop positively trying to provide the best between one party and another. Thus, at each stage of the ICC, Ansar as a member not only acts as a passive party in receiving messages, but also actively sends messages. Until finally the ICC that Prophet implemented made Ansar understand logically the reasons behind the Prophet’s decision.